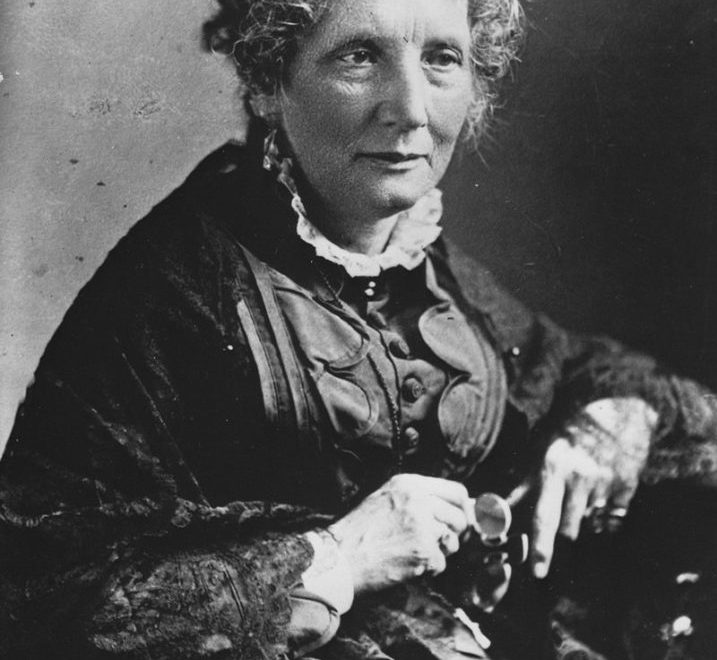 Maybe because I’m a writer I’m fascinated by the lives of those who share my profession. I usually don’t even pay much attention to differences in genre; the bond we share as wordsmiths is strong enough to go beyond other variations. Maybe you’re interested in the lives of those who labor at the same work you do.

I’m especially drawn to the way writers have been inspired to create certain books, the obstacles they’ve had to overcome—especially hearing about how many rejections they endured before getting published!—and the impact of their messages. The story of touches upon all of these points.

In my podcast this week I talk about her background as the daughter of the famous 19th century preacher and reformer Lyman Beecher. Her parents raised her to use her gifts to make a difference in the world, and Harriet yearned to see an end to slavery in her time. Unfortunately, she didn’t have a “voice” like her brothers, all who became preachers and could openly address the social ills of their era. In that day, middle class women were discouraged from speaking publicly.

Nevertheless, God entrusted Harriet with a story so compelling, so impactful on American society, when she met Abraham Lincoln he is reported to have said, “So, this is the little lady who made this big war.”

Allow me to share this story in its entirety on Anchor.fm/rebeccapricejanney, or you can read the account in my book, Great Women in American History.