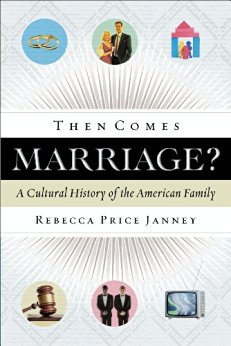 In 1949, film star Ingrid Bergman fled to Europe following a public outcry and her denunciation by the U.S. Senate. The charge? She had an adulterous affair with director Roberto Rossellini resulting in a pregnancy, actions for which one senator called her “a horrible example of womanhood and a powerful influence for evil.” Would any star flee the country over so minor an offense today?

Author Rebecca Price Janney examines how people in other eras throughout American history conducted their relationships. How did they fall short of God’s ideal as presented in the Scriptures? How often did they get it right? What has led us to becoming a culture of “anything goes” morality? And conversely, have there been any surprising improvements in recent years?

This book is not a culture-wars creed, but rather a historical look at the American family, showing that the pattern is more complicated than a downward spiral of morality from our country’s founding to the present. In addition, one of the intriguing features of the book is the author’s close look at marriage and relationships within subcultures that are not often considered, including those of Native Americans, Conquistadors, and slaves.